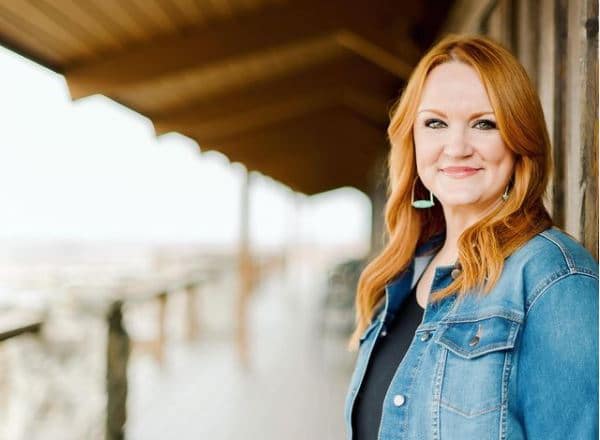 How much money Ree Drummond has?

Ree Drummond is an American blogger, author, food writer, photographer, TV personality, and celebrity chef with a net worth of $50 million. Ree could be a lot, lot richer because of her husband’s family. Ladd, who is married to Ree, comes from a family that owns more than 400,000 acres of land in the U.S. Her husband and their four kids live on a working ranch outside of Pawhuska, Oklahoma. Since 2011, “The Pioneer Woman,” her show, has been on the Food Network.

Ann Marie “Ree” Smith was born in Oklahoma on January 6, 1969. Her parents are orthopaedic surgeon William “Bill” Smith and Gerre Schwert Smith. Ree and her three siblings, Doug, Mike, and Betsy, grew up in the Oklahoma town of Bartlesville. The town is about 50 miles north of Tulsa and close to the Kansas border. It is best known as an oil town. In 1987,

Ree Drummond got her diploma from Bartlesville High School. She went to Los Angeles and signed up at the University of Southern California. In college, Ann Marie was a member of the Pi Beta Phi sorority. She earned a bachelor’s degree in gerontology in 1991. She moved back home for the summer with the plan of going to law school in Chicago with her then-boyfriend. When she met Ladd Drummond in a bar one night, that plan changed.

Career by Starting a Blog:

Ree Drummond started her career by starting a blog in 2006. She wrote about homeschooling and shared recipes with detailed instructions and photos of the whole process. Her blog, which was originally called Confessions of a Pioneer Woman and is now called The Pioneer Woman, went on to win many awards, including the top prize at the Weblog Awards. The blog also won the Weblog of the Year award for 2010. She also started the popular site “TastyKitchen.com,” which is all about cooking.

Ree has written several books that have sold a lot of copies. From Black Heels to Tractor Wheels, her memoir about how she went from living in Los Angeles and planning to go to law school in Chicago to living on a ranch in Oklahoma, reached number two on the New York Times bestseller list, and there were talks to make it into a movie with Reese Witherspoon playing Ree. That has never come to pass. She also write down the Pioneer Woman Cooks: Food from My Frontier, a book that has sold a lot of copies. She has also written Charlie and the Christmas Kitty, The Pioneer Woman Cooks: A Year of Holidays: 140 Step-by-Step Recipes for Simple, Delicious Celebrations, and Charlie and the New Baby. Drummond has written 15 books as of this writing.

The Los Angeles Times, New York, and BusinessWeek have all mentioned Drummond’s blog. In 2009, Time Magazine said that Drummond’s blog, “Confessions of a Pioneer Woman,” was one of the “25 Best Blogs” in the world.

Drummond first time on TV was on a Throw down! With Bobby Flay episode. She asked the famous chef to cook a Thanksgiving meal with her. Flay went out to Ree’s ranch in Oklahoma for the big event. The episode aired on the Food Network in November 2010. Drummond won the competition by just a little bit over Flay. Drummond show “The Pioneer Woman” started on the Food Network a year after it first aired.

Ree wanted visitors to her small town to like it as much as she does. She also gives tours of The Lodge, which is a building on her ranch where she does photo shoots and TV shows. People who want to visit Pawhuska can find a variety of things to do on Ree’s website. For example, they can go to Osage Outfitters to get a real pair of cowboy boots, walk across a swinging wooden bridge from 1926, learn about the Native American tribe that lives in that part of Oklahoma at the Osage Nation Museum, or see the beautiful Tall Grass Prairie Preserve.

In the middle of the 1990s, Ree met Ladd Drummond in a bar. On September 21, 1996, Ree married Ladd. In her books and on her blog, she calls her husband “the Marlboro Man.” They went to Australia for their honeymoon. About eight miles west of Pawhuska, Oklahoma, the Drummonds live on a cattle ranch. Ladd Drummond is a member of a well-known Oklahoma cattle ranching family for the fourth time. When Ree met Ladd, he was already working as a cowboy. He went to Arizona State University and got a degree there.

Alex, Paige, Bryce, and Todd are their four kids. Alex went to college at Texas A&M, and Paige goes to school at the University of Arkansas. They teach their children at home.

In the United States, the family of Ladd Drummond owns the 23rd most land. As a family, they own a huge 675 square miles, or 433,000 acres, of land. A government report says that in the last 10 years, the US government has paid the Drummond family more than $24 million in rent. Most of the rent payments have gone toward protecting the animals on their huge property. The Drummond Land & Cattle Co. is run by the Ladd family. It was started by Fred Drummond, the family patriarch, after he moved from Scotland in the late 1800s. Government records show that only four people own the Drummond Company.

The Best Tiktok Video Downloader Website To Use For Downloading Videos

How To Save Tiktok Videos In 3 Easy Steps!

Can Car Seat Covers Be Customized?

Why Consider Professionals for Assignment Help?